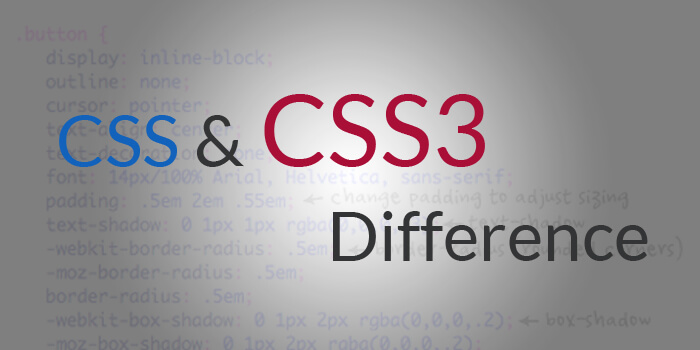 The full form of CSS is Cascading Style Sheets. CSS describes how HTML elements are to be displayed on browsers screen, or in other media browsers screen. It can control the layout of multiple web pages all at once. External stylesheets are stored in CSS files. CSS3 is the latest version of the CSS language. CSS3 is divided into many different documents called Modules. Every module adds new capability or extends features defined in CSS, and every modules has different stability and is in different status. Like rounded corners, shadows, gradients , transitions or animations, as well as new layouts like multi-columns, flexible box or grid layouts. The CSS3 version supports many more browsers than CSS.

CSS3 have major changes/additions include:

Combinator and Selectors
A combinator is something that explains the relationship between the selectors
There are four different combinators in CSS3:

Border Style
Styling of borders has been extended to images and rounded designs which includes creating image of the borders and then automatically apply image to the borders through CSS.