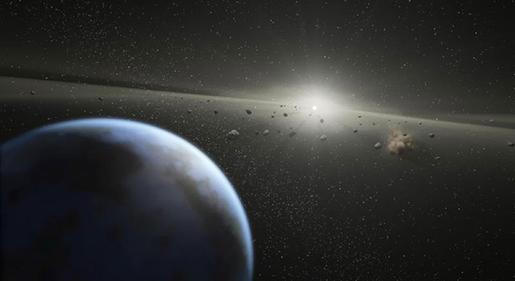 The race to find intelligent life, or any life at all, beyond Earth has been a heated space scramble for decades. Even though no concrete evidence of extraterrestrials has ever been confirmed, it seems like every space probe ever launched and scheduled to launch has a “FIND LIFE” stamped in its mission. That isn’t to say we don’t have our theories for where life might be hiding. Here, we take a look at some places we’ve explored, and some we haven’t.
[/tabgarb]
[tabgarb=tab2] 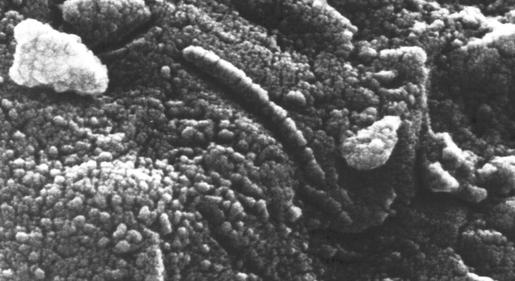 There have been around 22,000 documented meteorite discoveries on Earth and many have been found to hold organic compounds. In 1996, a group of scientists announced they had spotted strong evidence of microfossils on a Martian meteorite found in Antarctica showing that life may have existed on the Red Planet some 3.6 billion years ago. After years of intense debate, the issue whether the Martian meteorite contains life or not remains unresolved. If this were true, it would also give excellent evidence to support the theory of “panspermia.” Literally meaning “seeds everywhere,” panspermia is the idea that life came from outer space and planets exchanged life — “life” in this case meaning bacteria, which can be dormant and withstand harsh environments. Life could have existed on another planet, maybe even one as close as Mars, and then made its way to Earth instead of originating here.
[/tabgarb]
[tabgarb=tab3] 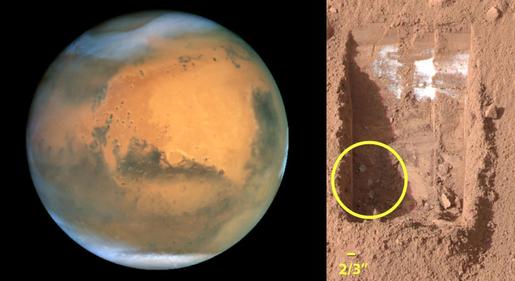 The next frontier, Mars has long been a target for extra-terrestrial life hunters, but its arid and barren landscape has turned our attention away from finding little green Martian men to finding simpler life forms. But there is evidence that the Red Planet had a warmer and wetter past: dried-up river beds, polar ice caps, volcanoes and minerals that form in the presence of water have all been found. In 2008, the Phoenix Mars Lander sent back photos of ice chunks it had found after scooping up handfuls of soil, a huge discovery in the search for liquid water — a key ingredient for life. Another key ingredient for life was found the following year: NASA scientists detected methane in the Martian atmosphere, indicating that the planet is still alive. Although no life has been confirmed on Mars, scientists are hopeful that it’s just hiding. Methane-producing microbes were some of the earliest life forms on Earth, so if the same exists for the Red Planet, chances are these bacteria are well below the surface.
[/tabgarb]
[tabgarb=tab4] 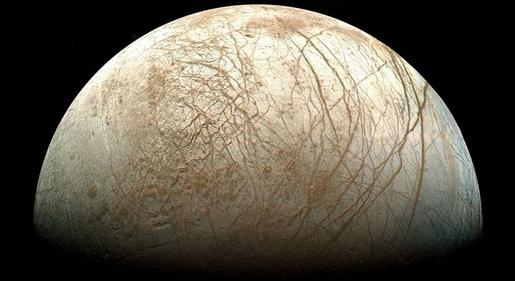 This Jovian moon isn’t trying to give life the cold shoulder. In fact, it could be a home not just to simple micro-organisms, but also complex life. Scientists have theorized for years that an ocean could be hiding beneath Europa’s icy surface, one that even contains oxygen. After studying how quickly Europa’s surface ice was replenished, University of Arizona researcher Richard Greenberg estimated in 2009 that enough oxygen reaches the subterranean ocean to sustain 6.6 billion pounds of “microfauna” — more complex animal-like organisms. Before we get too carried away, it’s important to note that no definitive evidence has been found to support that said ocean even exists beneath the ice.
[/tabgarb]
[tabgarb=tab5] 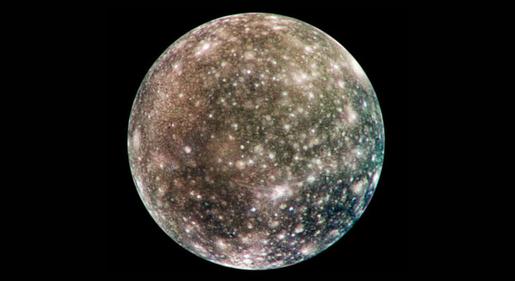 NASA scientists had declared Callisto a “dead and boring moon” until the discovery of a possible salty ocean beneath its surface. NASA’s Galileo spacecraft did a fly-by of Jupiter’s second largest moon in 1996 and 1997 and found that Callisto’s magnetic field varied, indicating currents. In 2001, Galileo detected that an asteroid had struck the moon, forming the Valhalla impact basin. Usually, such an impact would cause intense shock waves to ripple through the planetary body, but Galileo couldn’t find any evidence of this, leading scientists to theorize that a watery ocean could have softened the blow. In keeping with the theme that water might equal life, astronomers believe that if such an ocean exists on Callisto, it’s possible that complex life might also be in it.
[/tabgarb]
[tabgarb=tab6] 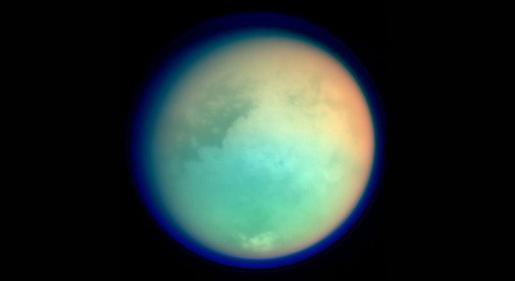 Could this frigid moon provide a welcoming environment for life? Scientists are taking a closer look at this Saturn moon and finding more and more potential building blocks for very basic life there, despite Titan’s surface temperature of -300 degrees Fahrenheit. Even though Titan lacks sunlight, NASA’s Huygens probe detected what looked like liquid methane on the mini planet’s surface in 2005. In May 2010, two teams of scientists announced that NASA’s Cassini orbiter showed Titan is harboring an unusual chemical dance party with hydrogen and acetylene. Given all of this, if life were to be found on Titan, it would blast away everything we understand about how life works. It would mean life could exist under a completely different chemical environment then what we know to exist on Earth: a second genesis.
[/tabgarb]
[tabgarb=tab7] 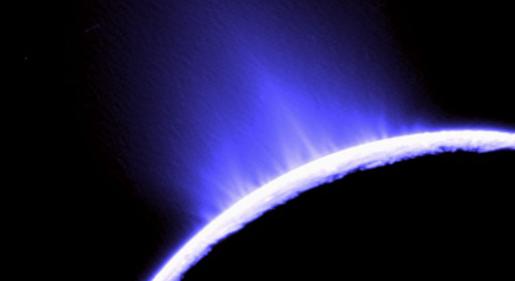 When Cassini did a fly-by through one of Enceladus’s geysers spewing ice and gas in 2005, the probe detected carbon, hydrogen, nitrogen and oxygen — all key elements for supporting living organisms. What’s more, the temperature and density of the plumes could indicate a warmer, watery source beneath the surface. Still, no life has been confirmed. Yet. Extremophile life forms found in Earth’s undersea thermal vents and Arctic ice where no sunlight reaches gives scientists hope of the possibility that similar microbes could survive on Enceladus.
[/tabgarb]
[tabgarb=tab8] 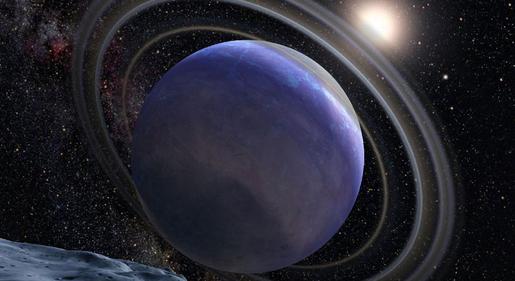 Some estimates show that the Milky Way alone harbors around 400 billion stars and countless exoplanets, and that’s just within our own galaxy. So there could potentially be billions of habitable cosmic bodies out there. An exoplanet is a planetary body that sits outside our solar system and orbits another star that is not our sun. We’ve only been exploring these outside worlds for the past decade (the first one, HD 209458, was discovered in 1999), with dozens more being discovered every year with many hosting organic compounds. HD 209458b, for example, was found with water, methane and carbon dioxide in its atmosphere, all key ingredients for life. Still, it’s a drop in the bucket and the possibilities for other life-supporting bodies are endless.
[/tabgarb]
[tabgarb=tab9] 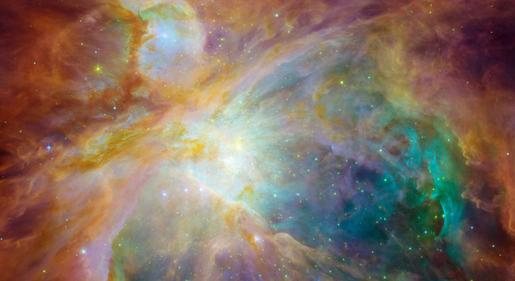 Remember those 400 billion stars mentioned on the previous slide? A stellar nursery in the Milky Way has recently been investigated as a potential gold mine for finding life. In May 2010, the European Space Agency’s Herschel Space Observatory announced that the Orion Nebula, located about 1,500 light-years away from Earth just south of Orion’s belt, showed signs of having life-enabling organic chemicals. Looking through the data collected by the telescope, astronomers were able to detect a pattern of spikes for various life-supporting molecules: water, carbon monoxide, formaldehyde, methanol, dimethyl ether, hydrogen cyanide, sulfur oxide and sulfur dioxide.
[/tabgarb]
[tabgarb=tab10] 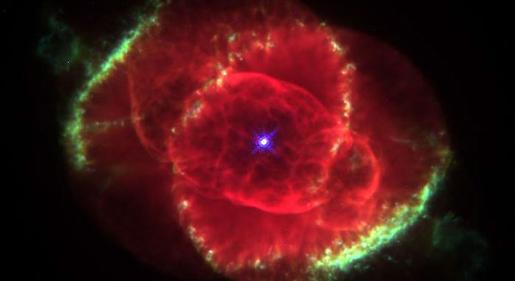 In 2005, an international team of astronomers discovered that dying red giant stars could act like a defibrillator and bring icy planets back from the dead. This rebirth could also lead to new breeding grounds for life, scientists believe. Why is Earth so good at hosting life? The short answer is location. We’re in a prime real estate area with our star to keep our planet habitable. Too close, and our planet’s water would evaporate. Too far, and we’re a frigid icebox. Right before a star dies, it explodes into its red giant phase, rapidly ballooning in size and brightness, blasting planet-warming solar radiation far and wide. Hello, sunshine! If these rays from the dying star were to wash over a once-frozen moon or exoplanet, the planetary body’s icy layer would melt into liquid: setting the stage for life to form in a flowing ocean.
[/tabgarb]